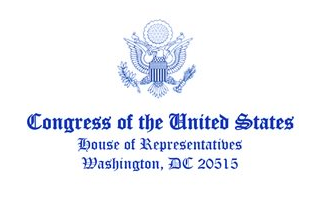 We write to request that the Agency for Healthcare Research and Quality (AHRQ) conduct a review of the use of race-based clinical algorithms in standard medical practice. The ongoing coronavirus disease 2019 (COVID-19) pandemic and its disproportionate consequences for communities of color have starkly revealed that racism itself is a public health crisis.1 In order to reduce health disparities among communities of color, we must ensure that medicine and public health organizations take a staunchly anti-racist approach to medical care and reevaluate the ways in which current practices, including the use of race-based algorithms, could be worsening outcomes for people of color.

Race-based clinical algorithms, which include a patient’s race among their inputs, inform how clinicians adjust medical test results based on their patient’s race. These results then inform treatment regimens as well as overall assessments of health. These race-based algorithms risk embedding racism into medical practice. One such algorithm has recently come under fire after it was reportedly used by the National Football League (NFL) in a way that cut benefits for Black players. The Wall Street Journal reported that, because the NFL was using a clinical algorithm that assumed Black players had lower cognitive functioning compared to white players, Black players were entitled to lower settlements for concussion-related injuries.2 But this overtly racist assumption and subsequent adjustment to players’ test results is just one high-profile example of race-based clinical algorithms. There are many others.

Another example in which race-based assumptions are embedded in medicine is in the estimated glomerular filtration rate (eGFR), an algorithm that allows clinicians to indirectly measure a patient’s kidney function.3 The eGFR adjusts test results for all patients identified as Black.4 This race-based adjustment to eGFR originated from a 1999 study which found differences in a measure of kidney health among Black study participants compared to white participants.5

The 1999 study that forms the basis of the eGFR’s race-based adjustment is based on the notion that differences in measurements of kidney health may be attributable to high muscle mass.However, rather than include a correction for muscle mass in the eGFR, a broad, race-based adjustment was included. In a larger follow-up study in 2009, a new measure was developed thathad a lesser adjustment by race; despite this new measure being recommended for use, many hospitals in the U.S. still use the older algorithm.6 Dr. Mallika L. Mendu, a nephrologist atBrigham and Women's Hospital, recently found that close to a third of Black patients would havebeen reclassified to reflect a more severe form of kidney disease if their eGFR had not beenincreased because of the original algorithm.7 This standard practice in medical care thus runs therisk of worsening existing health disparities.

Across the U.S., some practitioners are challenging the use of race in this algorithm. Beth IsraelDeaconess Medical Center in Boston, for example, moved away from race-based adjustments toeGFR, beginning in March 2017.7 In 2019, Zuckerberg San Francisco General Hospital began replacing race with a measure of muscle mass in the algorithm.8 As of this summer, University ofWashington Medicine,9 the Vanderbilt University Medical Center,10 and the Massachusetts General and Brigham health systems7 have asked their staff to no longer include race in theircalculations of eGFR.

Several other instances of race correction have also come under scrutiny.11 The American HeartAssociation’s (AHA) “Get with the Guidelines–Heart Failure Risk Score,” is another example ofa measure used in medical care today that treats race as a proxy for biological and geneticdifferences. This algorithm categorizes all Black patients as being at a lower risk of in-hospitaldeath for heart failure.12 However, it is well-documented that Black and Latinx patientspresenting with heart failure are actually more likely to have negative health outcomes, possiblyattributed to lack of access to care.13 The STONE score—which predicts the likelihood of kidneystones in patients experiencing extreme pain—uses an algorithm that assigns a higher risk score to any patient identified as “nonblack.”14 The STONE algorithm, by assigning a lower risk score to Black patients, may dissuade clinicians from evaluating these patients for kidney stones, despite the fact that the developers of the algorithm did not provide an explanation for why Black patients would be less likely to have kidney stones.11

The use of spirometers, devices that measure lung function, presents yet another example of race-based medicine—this time, with clear roots to slavery and the eugenics movement. Spirometers apply a ”racial correction” for patients identified as nonwhite; because this “correction” is programmed into the spirometer by the manufacturer of the device, it can be difficult to disable.15 This racial adjustment to the measured lung function can be traced back to slavery, when enslavers asserted, with no basis, that Black people had a “smaller lung capacity” than white people, and to eugenics-era medical texts that reported differences between white, Black, Chinese, and Filipino populations’ lung capacity.16 Despite its history, and a lack of a global consensus or standard, the race-based adjustment of lung function measures are still used—with the power to impact the lives of Black patients beyond the doctor’s office. Black Americans, compared to their white coworkers, had a more difficult time proving the existence of negative lung health effects resulting from dangerous working conditions—in part, because of these algorithms.17

Other race-based clinical algorithms may be exacerbating health disparities by assuming that patients of color will experience worse health outcomes than their white counterparts, and then pushing those patients towards higher-risk procedures. For example, the Vaginal Birth after Cesarean (VBAC) algorithm, which predicts of labor for people who have previously undergone a cesarean section (C-section), automatically calculates a lower likelihood of successful labor for patients identified as Black or Latinx.18 The study used to create the algorithm also found VBAC varied by marital status and insurance type, but opted not to include these in the algorithm.19 Women of color already have higher C-section birth rates compared to white women—a factor contributing to the maternal mortality crisis. The VBAC may thus be exacerbating this disparity.20

Race-based medical care and algorithms must be reassessed. These algorithms may be overly simplistic in that they apply population standards to individuals and treat heterogeneous groups as biologically homogenous.21 It is important to understand not just that there is bias in these algorithms, but also to better understand what historical factors led to the creation of these biases, whether they are based on unscientific, racist assumptions, or if they merely reflect the effects racism has already had on the health of people of color.

AHRQ’s mission is to “enhance the quality, appropriateness, and effectiveness of health care services, and access to such services, through broad-based scientific research and initiatives,” with the goal of transforming research into practice.22 In order to better understand disparities in health, Congress passed the Healthcare Research and Quality Act of 1999, which mandated that AHRQ produce annual reports on national healthcare quality and on healthcare disparities in the U.S.23 In its annual National Healthcare Disparities Report, the agency details the disparities in care experienced by different racial, ethnic, and socioeconomic groups and ongoing and recently completed AHRQ activities that address the health of these under-represented populations.24

These racial disparities in healthcare outcomes stem from a wide variety of factors. As part of AHRQ’s work to address any disparities stemming from race-based assumptions embedded into medical care, we ask that you conduct a review of the use of race-based clinical algorithms that answers the following questions:

Thank you for your prompt attention to this matter.

9 University of Washington Department of Medicine, "UW Medicine to exclude race from calculation of eGFR(measure of kidney function)," May 29, 2020, https://medicine.uw.edu/news/uw-medicine-exclude-race-calculationegfr-measure-kidney
-function.

16 For example, “Vital capacity of the lungs: A handbook for clinicians and others interested in the examination of the heart and lungs both in health and disease.” J.A. Myers, 1925.